A new year, a new Gitfox! January brings a lot of new features to Gitfox.

The Git core has been entirely rewritten.

All operations are now run in parallel on as many Cores as your machine provides, third-party code is now better isolated to improve reliabiltiy.

Further we made a (partial) switch to native Git and SSH for write operations like Fetch, Pull or Merge so everything behaves like invoking standard Git from the command-line. Read operations still access the repository directly for better performance.

All your changed files now appear at the top in Working Copy in an effort to have one single location for staging. You can still see your current branch while preparing your commit though. 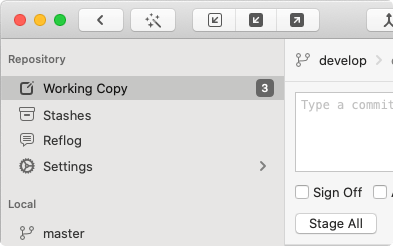 Git-Flow has been fully integrated into Gitfox. You can now perform Git-Flow configuration and commands like start or finish feature/bugfix/release etc. directly via a toolbar button or the outline context menu. 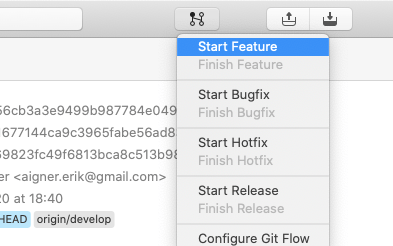 If you have multiple adjacent lines in a diff, they are diffed against each other if possible. That means you get character-level diffs even if you change spans multiple lines. 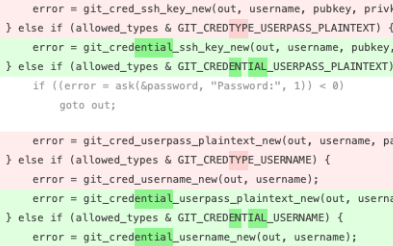 Several controls have been added to your touchbar. The repository manager has options for quick open and clone, the repository view gained popover controls for fetch, pull, push and stash as well as rebase and merge.

If you are preparing a commit, you now have the option to sign-off, amend, commit or commit & push directly from the TouchBar.

All branches including HEAD now show how many commits they are ahead or behind tracking. 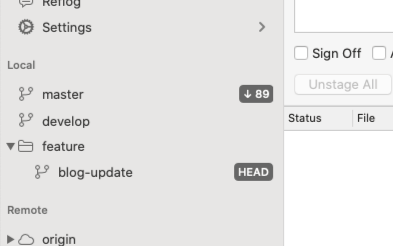